ImagineCode is a technology hackathon aimed at anyone who is willing to learn, meet people and have fun.

The event was held in late September, Friday 28th to Sunday 30th, in the Betancourt Building of the School of Engineering and Architecture of Zaragoza. Everis, Inycom and Lifezero Games, together with Hiberus Tecnología and La Terminal (the Hiberus business incubator), launched the "The Challenge of Challenges" involving robotics, blockchain and gaming. These challenges were coded in open-source language and participants could use different technologies and products to win. Participants had to form groups to solve these challenges in less than 36 hours.

Keensoft UST Global was responsible for the "Starter Challenge". Pre-configured tools for solving the challenge were already available in this category. This was a great way for novices to get into software development.

Hiberus Technology did not miss this opportunity to participate in the hackathon. Additionally, Hiberus colleagues won the challenges put forward by other companies.

The challenge proposed by Everis was a " car race " held in machine learning technology. The participants had to program an electric car to travel a circuit, without leaving the lines. Adrián Fañanas and Alba Clemente from Hiberus, participated in this challenge. They completed it successfully and even had the initiative to include make a proposal to improve the robot, as it was small, and its abilities were very limited.

With their concepts about robotics and the new functionalities proposed (dodging obstacles, generating a map of the circuit based on the turning movement of the wheels...), they managed to win this challenge. 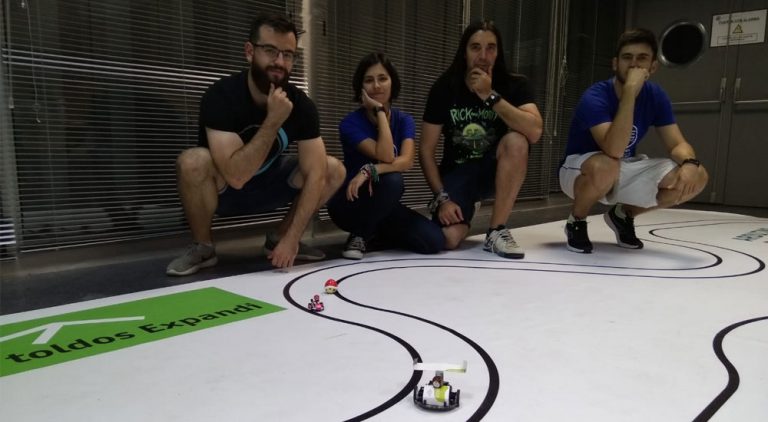 The "{username}" team, formed by our colleagues Alejandro Giménez, Gabriel García, Francisco Menéndez and Rafael Alamañac, who were the winners of the Inycom challenge based on blockchain technology, with IoT integration.

In this challenge, the participants had to solve any problem they chose with blockchain technology. They decided to create CryptoMerienda, a platform for the traceability of food products. It recorded the different stages of the supply chain through IoT sensors and then stored the information in blockchain. In addition, as they did not sleep during the hackaton, they had time to create another project consisting of a voting system, based in blockchain as well. As if that wasn’t enough, Gabriel and Alejandro won the table football championship to complete their victory!

Finally, the "Morrosdehaba Team", in which our colleagues Ismael Rufián and Fernando Belaza participated, won the GameJam challenge put forward by Lifezero Games, together with Hiberus and La Terminal. The challenge consisted on developing a game with technology and subject matter chosen by the participants. They created a whole video game in a single weekend!

The video game they created was called "Noname Project". Under the theme of the butterfly effect, the objective of the challenge was to show that every action has a consequence. This was reflected in the game, which presented a story void of the characters, where the player had to make their own decisions throughout the story without even knowing the goal to be achieved. 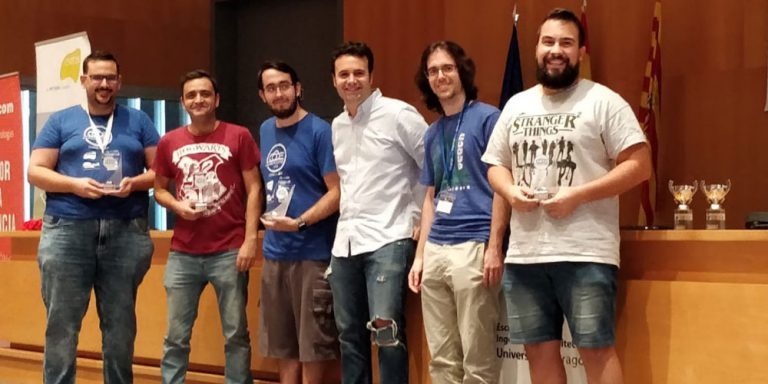 We are immensely proud of our colleagues and their display of the great talent within the Hiberus family. This is just an example of the things we get up to on weekends!

Congratulations to all that took part!